It was about a week ago, when the owner of Tailgating Specialties saw a lone egg in a nest that was in front of our building. The mother and father had left the nest with their four newly hatched goslings. This fifth egg, happened to hatch while Robert (owner) was outside. He went over to watch and had an instant friend.

If you aren't familiar with imprinting, here is a short lesson in it. Imprinting seems to be the strongest within geese and ducks.

It simply means because a human is the first species he saw, this goose:

1. Genuinely thinks it is a human.

2. Believes Robert is it's father.

3. If this goose sees a human child, it will believe that it is its sibling.

These geese usually have a very strong bond with their rescuer. Geese are expected to stay with their parents for a year or two. Thankfully Cinco knows what's good for the goose is good for the gander. He is willing and able to pull his weight around here! Stay tuned to watch Cinco's progress! 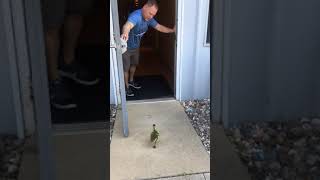 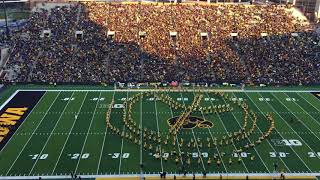